How to use Facebook 360 photos to promote your business

It’s no news that adding a photo to a Facebook post can make it stand out. In fact, photo posts get more engagement than links, videos or text-based updates, accounting for 93% of the most engaging posts on Facebook.

So if photos get so much engagement, imagine what you can achieve with 360 photos like this one: 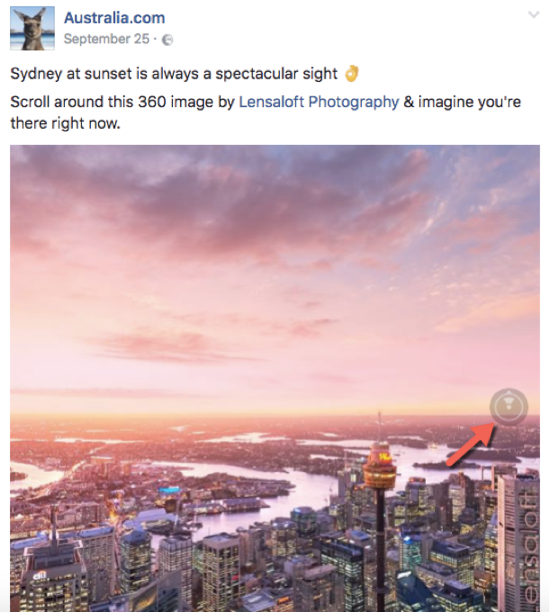 If you haven’t heard about Facebook’s new 360 photos or if you’ve noticed them in your newsfeed and are wondering how to go about creating them to engage your fans, we’ve got you covered. In this post we’ll explain what they are, how to create them and ways to use Facebook 360 photos to get all eyes on your business.

Facebook 360 photos allow you to create 3D images of your surroundings.

So instead of sharing a flat, regular photo like this one: 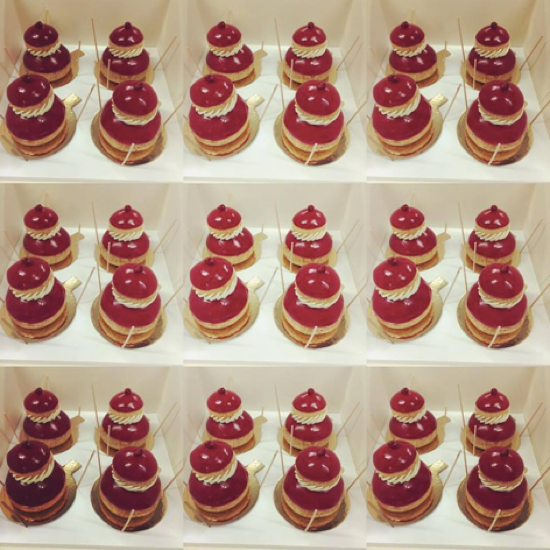 You can now create a unique 360 experience for your fans and customers like in this example: 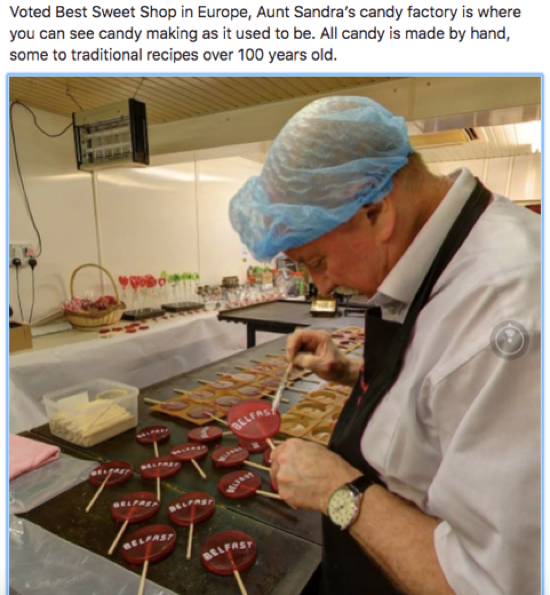 Here’s how it works: desktop users can click and drag 360 photos to see different parts of the photo, while mobile users can swipe the photos or tilt their phones.

So unlike a regular photo, a 360 photo is much more engaging as it draws users into the scene, making them feel like they’re part of the experience.

Now, the best thing about 360 photos is that they’re easy to create, and all you need is your smartphone. This video shows you exactly how to create a 360 photo using your phone’s panorama function. After you take the photo, you then upload it to Facebook just like you would any other photo. Simply tap/ click “Photo/Video” above the “What’s on your mind?” box and select the 360 photo. The photo will then appear on the News Feed just like a normal photo but with a small compass icon in the corner, which tells users that they can explore the photo further.

How to use 360 photos to promote your business

Now that you know what Facebook 360 photos are and how they work, let’s look at some ways you can use them to make your business stand out.

Show off your physical store

Whether you own a coffee shop, a clothing store or a gym, you can use 360 photos to show fans and potential customers the inside of your physical store and draw them in.

Here are a few examples of businesses using 360 photos to give fans a chance to explore their stores as if they were there: 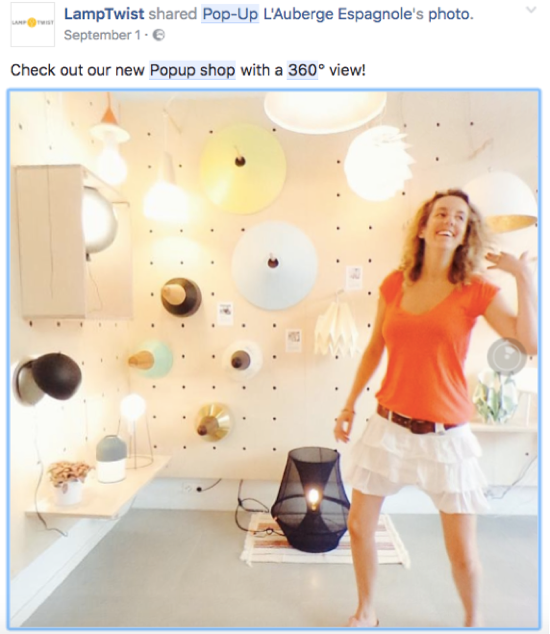 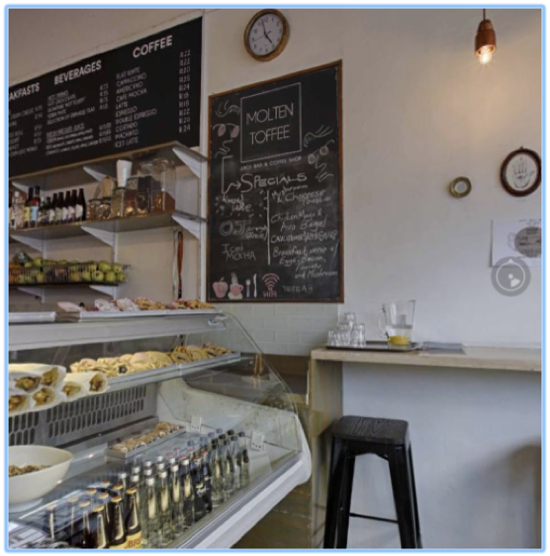 This is also a neat way to share your menu.

So, this makes it a great tool to show off your location and products and encourage potential customers to drop by.

If customers are having trouble finding or getting to your location, instead of giving them directions like “next to Harrods”, why not show them exactly where you’re located? Use 360 photos to capture the surroundings and show people exactly where your business is.

This is also extremely useful if you have a pop-up shop or if you sell street food, and often change locations. 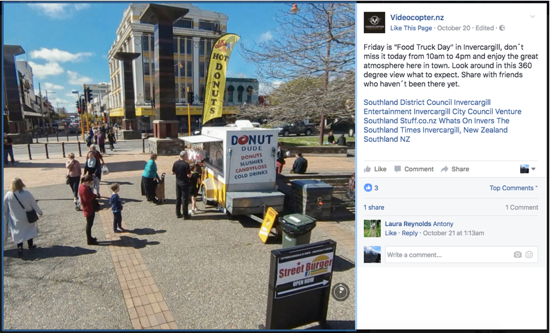 Keep that 360 photo handy so you can share it with anyone who is asking for directions on how to get to your location.

This strategy can also work wonders for hotels, since many tourists choose a hotel based on the distance to the top attractions. So use 360 photos to show off unique attractions around the hotel such as local hot spots, museums, public art installations and more.

If you organise events or rent venues for events, concerts or festivals, you can use 360 photos to give people a look from inside the event or behind-the-scenes.

During the event, you can share 360 photos so fans have the opportunity to experience pieces of your event. This gives them a better idea of what to expect, thus encouraging them to join the next event you’ll be hosting. 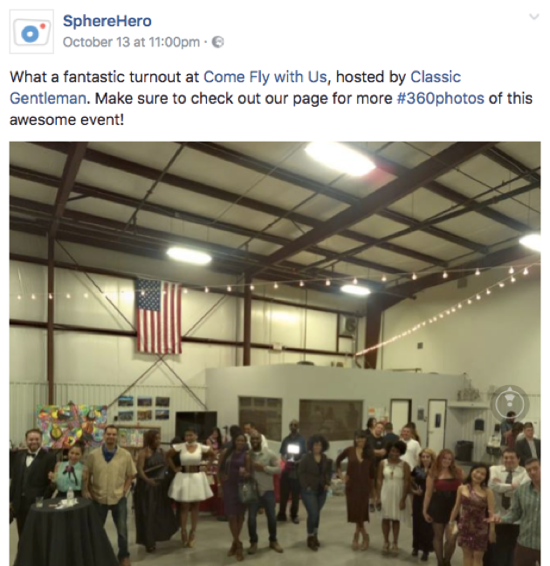 Create buzz for a new product

Are you launching a new product, opening a new store or adding a new exciting feature to your app? No matter what business you’re in, if you’re looking to build pre-release excitement, Facebook 360 photos can be a great tool for this. So, why not give fans a sneak peek into your new product, and get people talking?

Out for a teambuilding activity? Have a new employee that you’d like to introduce? Celebrating a company anniversary? Get everyone together and take a 360 photo to capture everyone in a big, happy team photo. 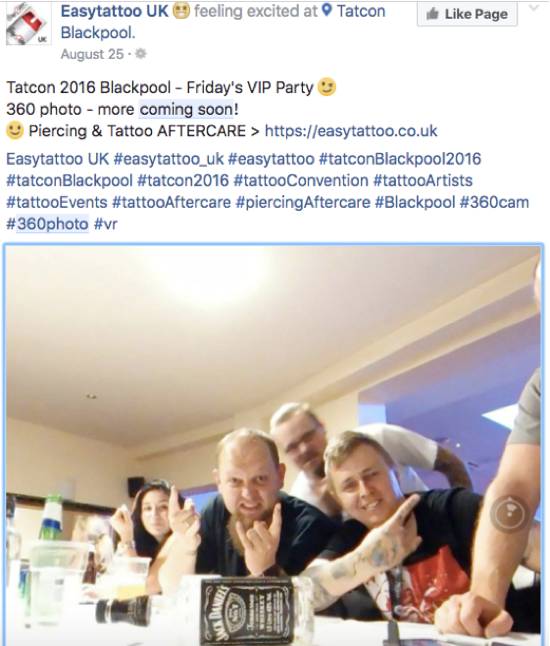 360 photos are a great way to story-tell on Facebook using interactive content. Hopefully you now have all the information you need to start using 360 photos to make your business stand out on Facebook.

Any other ideas on how to use Facebook 360 photos to promote a business? Tweet us yours at @123reg.