Starting your own business – Part 6: Networking (the right way) 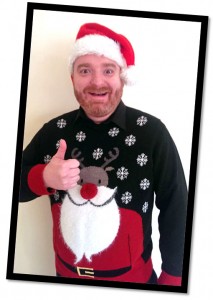 Barry gets in the Christmas spirit

In his latest post Barry Adams, founder of Polemic Digital, explains how to make sure networking doesn’t become a chore.

Before I started out on my own, I thought networking was a waste of my time. Precious hours spent in the company of strangers, having awkward conversations over cups of stale coffee about nothing of real importance, with the overarching aim of handing out as many business cards as possible. It’s not my idea of fun.

Yet networking is seen as one of those crucial cornerstones of business growth, an essential aspect of long term success. I never really understood why, because the networking events I attended were invariably dreary affairs where I made precious few worthwhile contacts.

But my perspective on networking has changed, mostly because I realised I was looking at it entirely the wrong way. I thought networking by definition had to be a hokey, uncomfortable occasion. But there were many other events I went to that I didn’t classify as ‘networking’ events, because I had fun there. For me those events were just catch ups with friends in the industry, or useful seminars where I could pick up a tip or two.

But it was precisely at those events that I did the best networking, where I established genuine connections with great people that later down the line resulted in new work for me through word of mouth recommendations.

I’ve come to realise that those are the best sort of networking events; where you feel totally at ease, with an abundance of people you are at least passingly familiar with, talking about a whole range of topics – many of which have nothing at all to do with business.

I never really categorised those events as ‘networking’, but that was my mistake. It’s at those occasions that the best connections are made and where you will see the blossoming of long-term business relationships – which really are just friendships that have shared business experiences as their core bonding material.
So it’s something I would wholeheartedly recommend for people wanting to grow their business. Find the right networking events for you, and attend them as often as you can. The trick is, of course, to pick the right events.

Looking back at how I first came across the networking events that I enjoy the most, some common themes emerge.

Some of the best connections I’ve made originated at industry conferences. It’s a great environment to meet new people, as everyone has at least one thing in common: a sufficient interest in the topics of the conference to come and attend. It certainly makes conversation starters much easier; you can always discuss the contents of the talks.

If there’s a social event after the conference, I would wholeheartedly recommend you be there as well. It makes for a much more relaxed environment, and it’s there that superficial connections made during the conference day can become lasting relationships. Some of my best friendships in the digital marketing industry originated from drunken sessions after a conference.

Generally speaking I’m not a fan of dedicated networking groups, because they can be very prone to those awkward moments I mentioned earlier. Yet I can’t deny that a few networking groups I’m a member of have contributed greatly to my business success. One group in particular, the Digital Exchange in Belfast, has a warm place in my heart. I see it not as a networking group, but more as a recurring counselling session where I can vent my frustrations and learn from others how they dealt with similar scenarios.

I think the Digital Exchange works so well because it’s a fairly small group with people from a wide range of different backgrounds and career paths, with a common interest in technology and digital marketing. It makes for interesting discussions and fresh perspectives.

So I’d definitely recommend you find local networking groups and attend some of their events to see if you like the flavour and get along with the regular attendees. 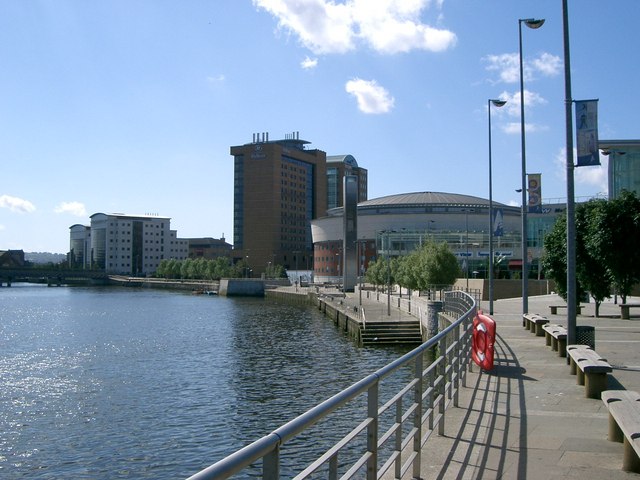 It’s not just the face to face events that fall under the ‘networking’ banner. Some of the best connections I’ve made were online-only, at least at the start. I’m a member of a few private groups and forums, all of which are intended to share knowledge and experience about specific aspects of the industry I work in.

It’s in these groups that you can demonstrate your expertise on specific topics, which can sometimes translate in to new jobs or speaking opportunities at conferences and seminars. It’s also a great way to connect with other professionals, which can provide great sources of insight when you need them.

I never cease to be amazed and delighted at the willingness of many industry experts to share their knowledge and experience, which has helped me greatly over the years. I do my best to reciprocate and give freely of my own knowledge in these groups, knowing it can help others in their own struggles at work.

In the end, few things can beat an informal chat over a cup of coffee when it comes to building lasting business relationships. I’m not one of those people that always expects a commercial outcome from a meeting. I just like to socialise and meet people in a casual setting, so that there’s no immediate pressure to make the meeting too business focused.

Less than half of the meetings I have in coffee shops have a positive commercial outcome for me in terms of new business opportunities. Yet I try to always make time for such chats, and always endeavour to be generous with my time and insights. It’s through such casual conversations that bigger opportunities may arise later down the line.

I don’t believe in karma or cosmic balance or anything like that, but I am a believer in generosity being its own reward. I don’t expect anything back from people who ask for my insight or opinion, and maybe that’s the reason people recommend me to others so frequently. It’s that form of word of mouth advertising that money simply can’t buy.

How can my small business get found on Google?

How to set up and promote your own online business