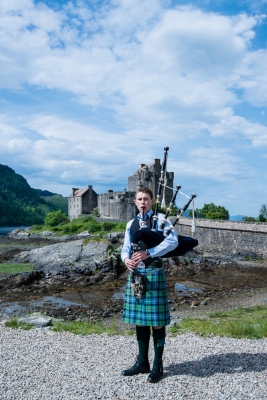 The latest new gTLD to hit the market is the Scotland promoting .scot domain and is somewhat different from the stream of other domains that have been hitting the market.

.scot is run by the Dot Scot Registry incorporated in Scotland as a not-for-profit company and has been created and will be run as a community to help build an online identity for Scots across the globe. Scottish heritage is one of the strongest around the globe – an estimated 40 to 50 million people with Scottish connections worldwide – with many across the Atlantic particular eager to trace their genealogy back to Scottish roots, giving the .scot domain name value beyond just Scotland’s and the UK’s borders.

The recent close run Scottish Independence referendum vote showed the passion and love for being Scottish on both sides of the vote. The .scot domain name hopes to harness that identity and community spirit. With its not-for-profit basis the .scot domain is also supported by the Scottish Government as well as the people of Scotland young and old.

Interestingly, it is not just the historic point reference or sentimentality that looks set to drive the popularity of the domain name either. In a recent Google Survey, 70% of females aged 18-24 said they believed the new .scot domain name would be beneficial for Scottish business. So expect to see many Scottish based businesses reaching out to customers via new .scot domain names, building upon that heritage and the connotation of everything Scottish.

The aim of the community-orientated .scot domain is also to open up new possibilities for Scottish business, arts, music and cultural projects. With most other domain names, organisations with a Gaelic name are forced use the Anglicised version of their name but the .scot domain names have been designed to handle all of the six languages and dialects of Scotland, bringing the wider community together.

If successful the .scot domain name could also have wider benefits for Scottish businesses too. As a not-for-profit, the DotScot Registry is committed to ensuring that any surplus funds will be used to sustain its own growing business and then beyond that, to using them to fund future Scottish digital initiatives.

The .scot domain name is available to order now why not be one of the early pioneers?