Six examples of successful influencer marketing campaigns, and how to apply them to your business

We’ve been talking a lot about influencers and how they can help to you to raise brand awareness and build a stronger relationship with your customers.

From what they are and what to look for in the right influencer for your business to tips on finding influencers using Twitter – it’s easy to wax lyrical about the idea. Especially when you stumble upon reports like The State of Influencer Marketing 2017 which revealed that 94% of marketers from a variety of industries said that influencer marketing is an effective campaign strategy.

But is influencer marketing worth the hype? And what does a successful campaign look like?

In this post we’ll give you the proof that it can be an effective strategy for your business (and not just a buzzword). We’ll be looking at six examples of great influencer campaigns, analyse why they worked and explain how you can replicate that success for your business.

Skype ran a competition titled “Your City, Your Passion” to boost their brand and mission of “bringing people together whenever apart”. They partnered with ten influencers from around the world and asked them to share stories explaining why they’re proud of their home cities. 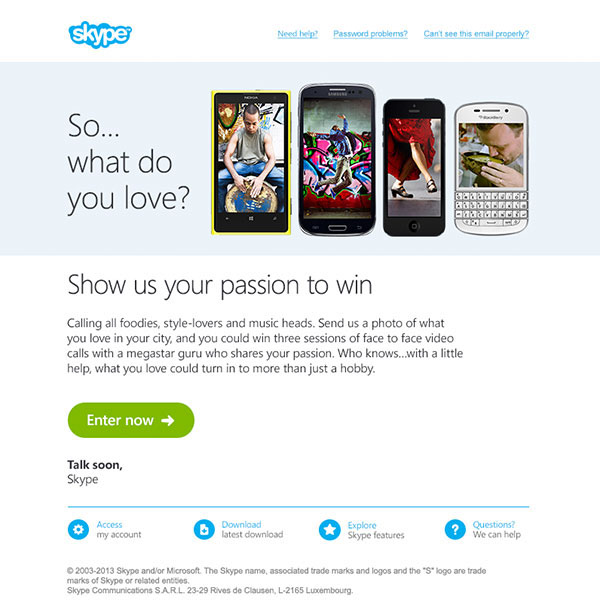 The campaign was a success, gaining a 250% increase in downloads of Skype for mobile.

A great way to work with influencers is to create a competition for them – one that invites them to create content on behalf of your brand for the chance to win something.

But for your campaign to be successful, you need to make sure that whatever you’re offering in exchange for their involvement is extremely valuable and beneficial to them. For example, in Skype’s competition, the prize was a one-on-one Skype session with a famed expert within their given field.

So, think about who your influencers are and what exciting thing you could offer to entice them to take part in your competition.

Using the hashtag #KeepsakeIt, influencers shared posts with their followers about keepsakes they are enjoying while raising their children, maintaining their home, or just generally enjoying life. In them, they also included hashtags and links to Hallmark’s website where followers could purchase their own keepsake ornament. 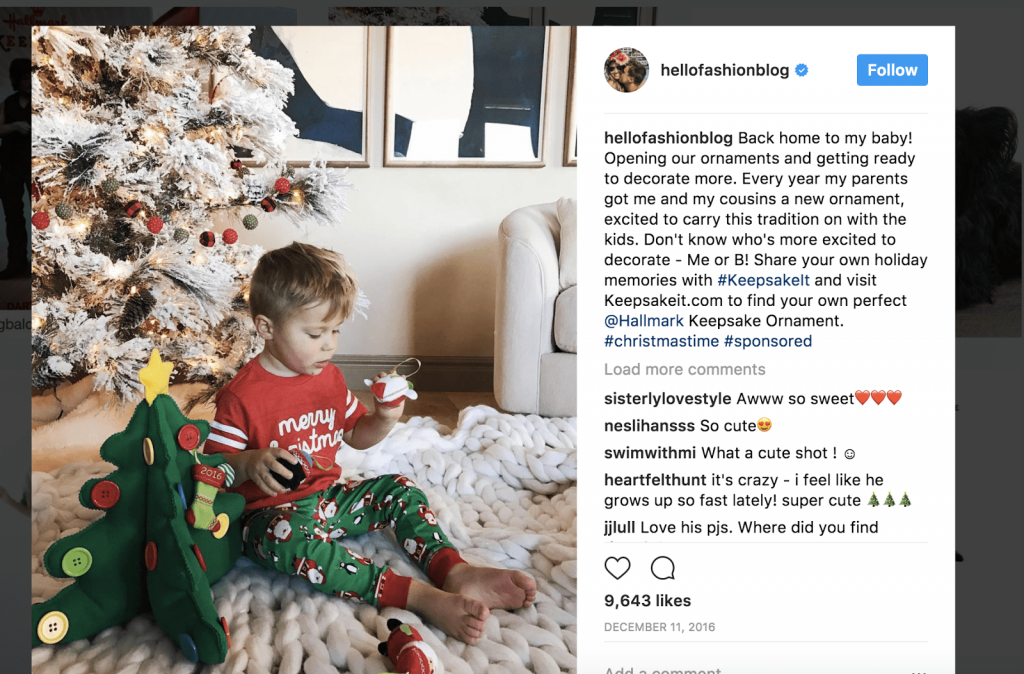 Hallmark’s campaign worked because they partnered with non-celebrity influencers, also known as micro-influencers. They usually have less than 100,000 followers, but their audience is highly engaged and interested in the content they share. This means that their followers are eager to listen and to respond to the things influencers post about.

So you don’t need celebrity influencers to run a successful campaign. Instead, go with micro-influencers. While they may not have the name recognition or celebrity status, what they do have are legions of loyal followers who are already highly engaged in specific topics. So when you work with them, you’re sure to get better engagement and results than you would if you’d work with a celebrity influencer.

Another thing to take from this campaign is this: feature your product but don’t be aggressive about it. The #KeepsakeIt campaign was tasteful. While the keepsake decorations where present in every shared photo, they weren’t the centre of attention. Instead, it was all about the family and the special moments and memories that were being made.

Founded in 2014 by 29-year-old Emily Weiss, Glossier is a makeup brand that has grown quickly in a short time thanks to word-of-mouth marketing. The brand has chosen to partner with regular women instead of high-profile celebrities to promote the beauty products. Because of that, the fan base is super engaged and the followers have become rapid ambassadors for the flourishing brand.

The brand relies on Instagram and YouTube to engage their audience. Through the hashtag #ITGTopShelfie, fans can post pictures of their success with the Glossier beauty products and then the brand interviews or features those fans on their channels so more people can hear about their success. 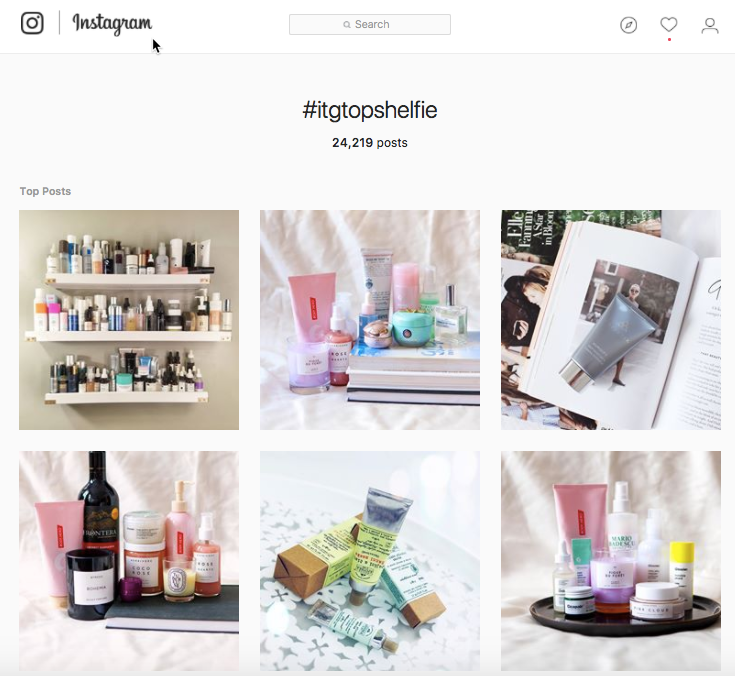 Weiss said, “What’s very motivating to us is this idea of every single woman being an influencer.” So what they managed to do is to create a friendship between customers and the brand, where customers became the models and spokespeople for the brand.

You can do that too for your own brand. Instead of looking for full-time influencers, look for customers who love or truly believe in your products and services. And then build a relationship with them so that they end up becoming your brand’s ambassadors.

In section three of this article you can learn more about how to transform customers into influencers.

Car manufacturer Buick ran a campaign called “Pinboard to Dashboard” where they reached out to ten Pinterest influencers to seek inspiration for the interior and exterior design of its new Encore luxury car.

While they could have collaborated with influencers in the automobile industry, they chose to partner with bloggers from the design, food, fashion and lifestyle industries.

Influencers were asked to create Pinterest boards to showcase how the Encore could “express their personal style and life passions”. 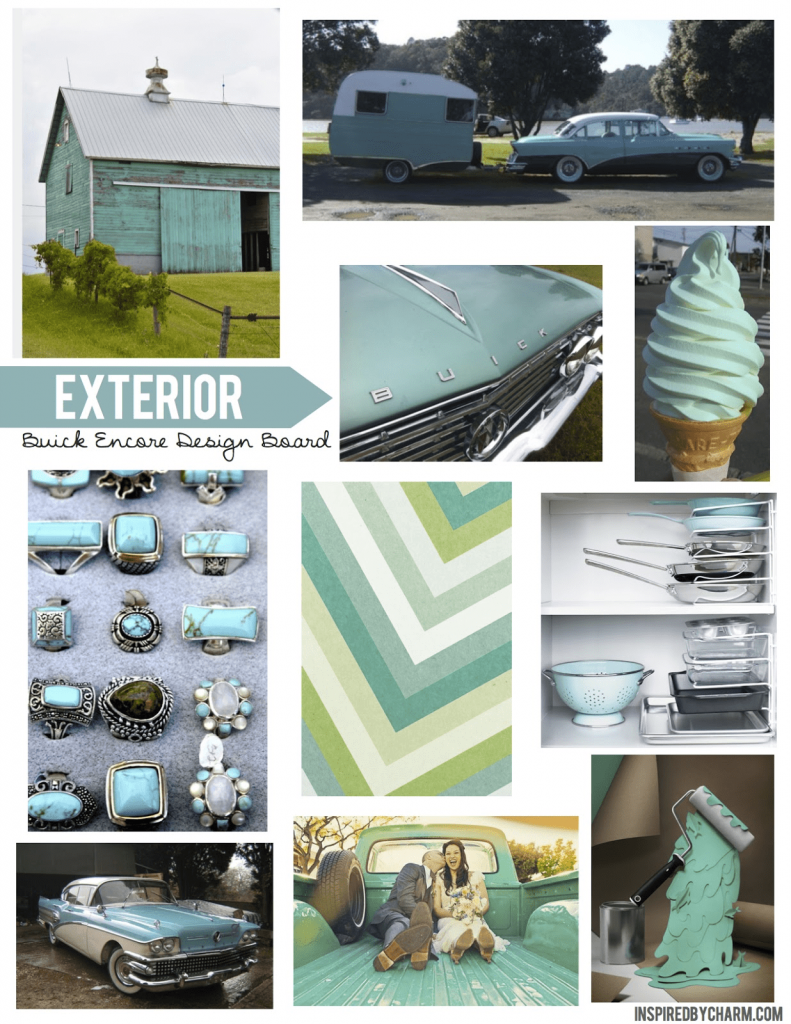 The results? The campaign generated 17 million unique visitors and followers across Pinterest, Twitter, Facebook and Instagram. In addition, the winning board was used as an inspiration for the new colour palettes for the Encore model.

Buick’s campaign worked not only because they used influencers but also because of their choice of platform. Buick wanted to reach a younger audience, and with the majority of Pinterest’s nearly 200 million users being under the age of 40, it was the perfect choice.

In addition, Pinterest is known to be one of the most popular platforms for seeking ideas and inspiration for projects, whether they’re for home renovation or planning the perfect wedding.

So, if you want your influencer marketing campaign to be a success, don’t just focus on finding the right influencers but also the right platform to run it on. Do some research on the major platforms to find out where your target audience spends time online and use that channel to promote your campaign.

If you’re still deciding which social media platforms to use for your business, take our free course on getting the right results from social media today. In it, you’ll find all the information you need about the most popular social networks: Facebook, Twitter, Instagram, Pinterest and LinkedIn. You’ll learn how each one works, who it’s for and how to use each to reach more customers.

The Netherlands branch of Make-a-Wish partnered with Dutch gaming vlogger Yarasky for a livestream telethon, proving that influencer marketing works for non-profits just as well as it does for businesses.

In addition, one lucky kid got his wish: to play Call of Duty with Yarasky. 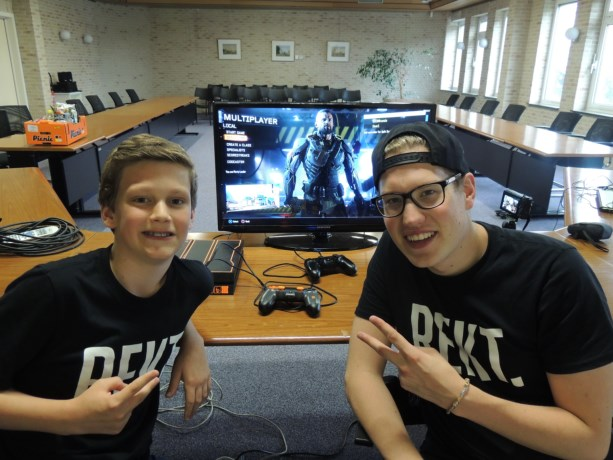 How to apply this to your non-profit

Find those influencers who love your organisation and care about the causes you support, and find a way to work together. This is a great way for the influencer to give back to the community while also helping your non-profit to get more visibility online.

When the Las Vegas Convention and Visitors Authority wanted to launch their first Snapchat channel they hired DJ Khaled to show his six million followers his favourite spots in the city.

DJ Khaled, also known as “The Kind of Snapchat”, was chosen for his large, young following that Las Vegas was looking to reach. In addition, his followers love his authenticity, which is an important factor when choosing an influencer to promote your brand. 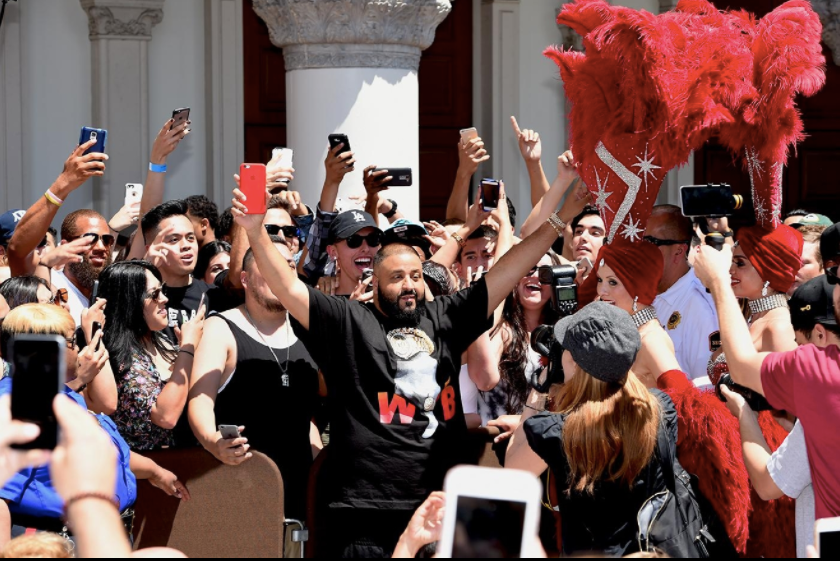 How to apply this to your business

If you can afford to hire a celebrity influencer, don’t hold back. But even if you don’t, what’s more important is to choose an influencer who is loved, trusted and authentic, and who is also passionate about your brand or whatever cause you’re looking to promote.

Influencer marketing can be an effective add-on to your existing marketing efforts, and a fantastic way to stand out and reach more customers.

If you’re considering partnering with influencers to boost brand awareness, here are a few things to keep in mind:

What are your favourite influencer marketing campaigns? Tweet us yours @123Reg.

Choosing a business name and a domain name: Everything you need to know

How to build a personal brand on social media